At the press conference today, Manjavidze responded to the claims by Yuri Popov, saying that the session of the Joint Control Commission for Georgian-South Ossetian Conflict Resolution (JCC) had failed owing to the Georgian party.

According to Manjavidze, the Russian party had forwarded the issue on Dimitri Sanakoev at the first day of the JCC session itself. 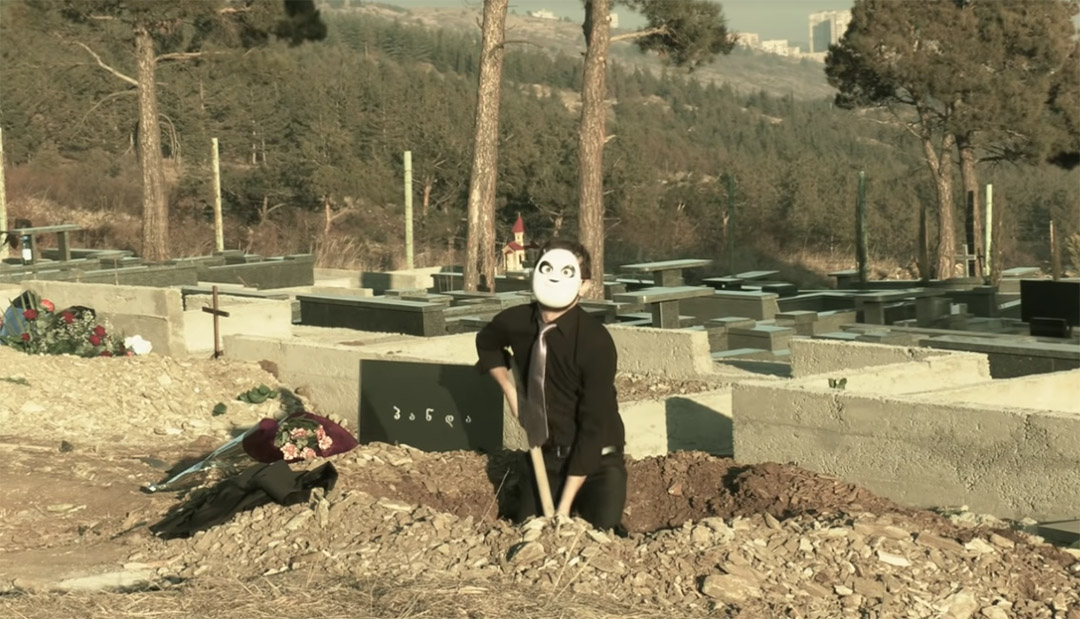 Dimitri Manzhavidze also claimed that all measures necessary to reach progress within the frameworks of the Joint Control Commission and maintenance of control over cargo turnover through the Roki Tunnel at the de facto South Ossetian-Russian border are held by the Russian party and Russia is fully capable to contribute to demilitarization of the breakaway region.

Session of the Joint Control Commission was held in Tbilisi on October 23-24. The parties failed to agree on all issues in the agenda. Yuri Popov, Russian Special Envoy, after his return to Moscow said that the parties were not able to negotiate owing to intolerable stance of the Georgian officials.

Tbilisi. October 31 (Prime-News) – Shalva Natelashvili, Leader of the “Labor Party” of Georgia, states that Mikheil Saakashvili, president of Georgia, is building GEL 12 million worth tunnel to his residence in Avlabari district of Tbilisi, which he will use to escape from his people

Natelashvili stated at the briefing held at Nikoloz Baratashvili monument today that GEL 300 millions were spent on construction of “Saakashvili’s Palace” and it would arguably take another GEL 300 million for its interior design.

Labor party leader has also commented on the forthcoming rally of the united opposition on November 02, saying it will be a “celebration of mutual sympathy”, where any fact of violence and unconstitutional act will be used for Saakashvili’s benefit.

State Of Emergency Announced In Tbilisi

Tbilisi. November 07 (Prime-News) – Mikheil Saakashvili, president of Georgia, issued decree on announcing the state of emergency in the capital of Georgia.

Zurab Noghaideli, Prime Minister of Georgia, stated about that at the special briefing late on Wednesday.

He informed that according to the constitution the decree would be presented to the Parliament of Georgia for consideration within 48 hours.

“Temporary restrictions are imposed on demonstrations and manifestations. In other terms freedom of speech is not restricted,” Noghaideli stated.

According to him, as soon as a normal order is restored restriction will be abolished.

Presidential Elections In Georgia To Be Held On January 05

Saakashvili stated about that during his address to the nation late on Thursday.

According to him, plebiscite will be held together with the presidential elections regarding date of the forthcoming parliamentary elections. People should decide when to hold these elections in spring or in autumn.

“We should show the world that the Georgian nation is united. My compromise towards opposition is that I give them a chance to be elected by people. However these elections will be held according to our own schedule and not to schedule of our ill-wishers,” stated the president.

He also noted that he reduces his presidential term for the second time and wants to be elected by the nation for resisting threats of the country.

The president also spoke about incident that took place on November 07 and said that what happened was the choice of the opposition, and it was the only and adequate response to the plot against Georgia.

“We protected not the government but Georgian democracy, society and the country,” stated Saakashvili.

Saakashvili appealed to the international organizations to assign as many observers to the elections as possible in order to make the elections much more democratic.

The president also spoke about the state of emergency in the country and stated that it would be annulled as the situation in the country was released quite quickly and effectively.