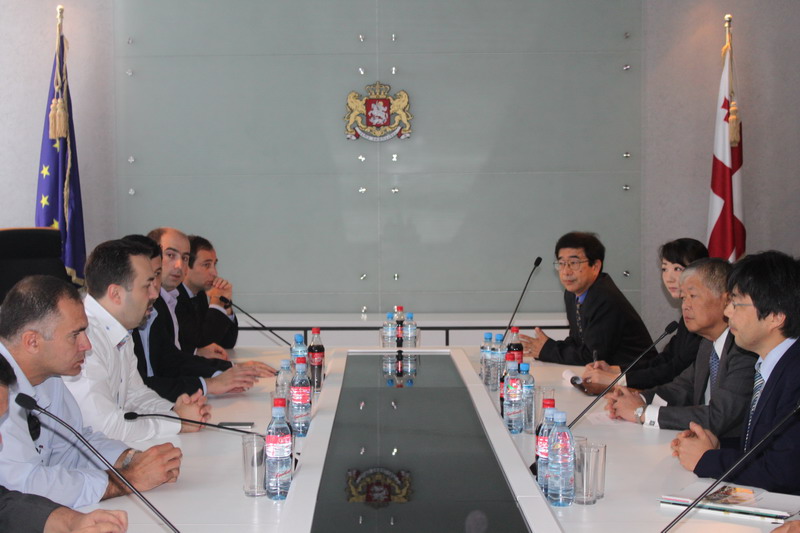 Tbilisi. November 29 (Prime-News) – Malkhaz Akishbaia, Chairman of the legitimate government of Abkhazia, will hold meetings with the representatives of the UN Secretariat and leading experts of international law at the UN Headquarters on November 29, where the legal aspects of the repatriation of IDPs (Internally Displaced Persons) and refugees will be discussed.

Prime-news was told at the Department of Mass Media and Public Relations of the legitimate government of Abkhazia that the goal of the meeting is to attract interest ant attention of international commonwealth towards the issues related to the repatriation of IDPs and refugees.

“We will try to put forwards the issue related to the repatriation of IDPs to Abkhazia. The above-mentioned discussions ought to promote the successful realization of our initiative, which is aimed at adoption of separate resolution on IDPs by the UN General Assembly,” declares Akishbaia.

According to the information of Giorgi Chikovani, Chairman of “Movement for Restoration of Territorial Integrity Of Georgia”, the speech of the Georgian delegation will be dedicated to the repatriation of the IDPs on the whole territory of Abkhazia.

Irakli Alasania, Permanent representative of Georgia to the UN, invited the Chairman of the government of Autonomous Republic of Abkhazia, and the representatives of non-governmental sector.

Tbilisi. November 29 (Prime-News) – The Parliament of Georgia will approve the draft law on amnesty at the special session scheduled for Thursday.

Levan Bezhashvili, Chairman of Legal Issues Committee, told journalists that inmates convicted of minor crimes, who were detained till November 15 2007, would be amnestied. Punishment will be halved to those prisoners who are convicted of 20 various types of criminal offence.

According to MP Bezhashvili, about 2500-3000 inmates will be amnestied.

Tbilisi. November 29 (Prime-News) – General Prosecutor’s Office of Berlin will presumably decide whether it submits application to the court requesting the extradition of Irakli Okruashvili, former Minister of Defense of Georgia, to Georgia or not.

Michael Grunwald, a spokesman for prosecutors in Berlin, stated about that in an interview with the radio “Tavisupleba”.

According to his explanations, before the extradition, the detainee ought to be presented before the judge and he will be given opportunity to express his own position towards the aforementioned issue. And lately General Prosecutor’s Office ought to decide whether it submits application to the court requesting the detainee’s extradition or not.

Michael Grunwald also noted that Georgian authorities have about 40 days to submit all the necessary paperwork regarding the crimes ex-Georgian defense minister Okruashvili has been charged with and only after the documentation will be received a final decision on Okruashvili’s extradition request will be made.

Grunwald said a judge will decide whether to keep Okruashvili in custody, after which Berlin’s judicial authorities will rule whether an extradition warrant should be issued or not based on the charges against Okruashvili, which should be in line with German criminal legislation.

German law enforcement bodies detained Irakli Okruashvili, former Defense Minister of Georgia, leader of the party “Movement for the United Georgia”, in one of the hotels in Berlin on November 28.

The ex-minister was reportedly arrested following a request from the Georgian authorities via Interpol after he failed to show up at court for a trial last week.

General Prosecutor’s Office accuses Okruashvili of money extortion, money laundering, misuse of power and negligence. The crime envisages imprisonment for 25 years. He was released one month ago for GEL 10 million bail. Okruashvili left Georgia and the Prosecutor’s office announced search on him.