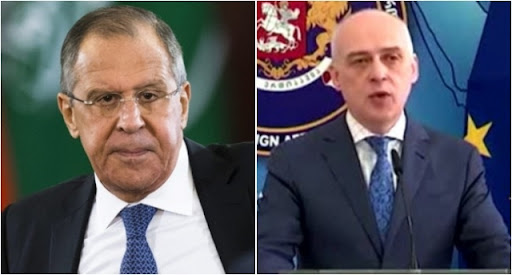 Tbilisi. November 09 (Prime-News) – The Georgian government, in accordance with the democratic norms and principles, provides for the realization of the freedom of speech and manifestation by Georgian citizens. The clear proof of that are the recent manifestations and meetings in Tbilisi.

“At the same time, the Government bears a responsibility to take necessary measures to protect national security, in particular to prevent the actions aimed at the violent overthrow of the democratically elected government, especially when the secret services of a neighboring country are actively involved in this process,” reads the statement of the Foreign Ministry of Georgia.

“There is no human rights crisis in Georgia. The declaration of the state of emergency is a practice common in the whole world, whereas an extreme measure is being taken for the provision of the public order and national security. In this particular case, the state of emergency has been declared in full accordance with the country’s constitution, the relevant legislation and international norms,” the statement reads.

“The decision announced by the President and the reaction to it of the Georgian political spectrum, have clearly proven that the Georgian leadership and whole society firmly stand at protection of the democratic principles and possess significant political resources to solve any problem,” states the foreign Ministry of Georgia.

Tbilisi. November 09 (Prime-News) – Louise Arbour, the United Nations High Commissioner for Human Rights, was following with concern developments in Georgia, where a state of emergency has been imposed.

The statement released by the UN High Commissioner reads that she was particularly worried over reports of disproportionate use of force, including against Georgia’s Public Defender, the detention of opposition leaders and the beating of demonstrators. She also expressed concern that independent TV stations have reportedly been raided by Special Forces and made to stop broadcasting.

The High Commissioner expressed support for the Public Defender and stressed that his independence and inviolability must be respected at all times.

“Georgia is a state party to the International Covenant on Civil and Political Rights which stipulates that fundamental rights, such as the right to life, the prohibition of arbitrary detention, torture and cruel, inhumane and degrading treatment, cannot be suspended, even in times of emergency.  Any restriction of rights must be proportionate and may only be applied to the extent and for the time strictly required by the situation,” the High Commissioner recalled.

Tbilisi. November 09 (Prime-News) – Terry Davis, Secretary General of the Council of Europe welcomes announcement of early presidential elections and calls for lifting the state of emergency in Georgia.

Prime-News was told at the CoE representation in Georgia that Terry Davis made the following statement today.

“I welcome the announcement of early presidential elections as a way to resolve the current political difficulties in Georgia. However, this requires that the state of emergency be lifted and that freedom of expression and association be fully restored, in compliance with the European Convention on Human Rights. In the run-up to the elections, the authorities and the opposition should refrain from any provocation and intimidation which could jeopardise the prospects for a peaceful and democratic solution to the present situation,” states Terri Davis.