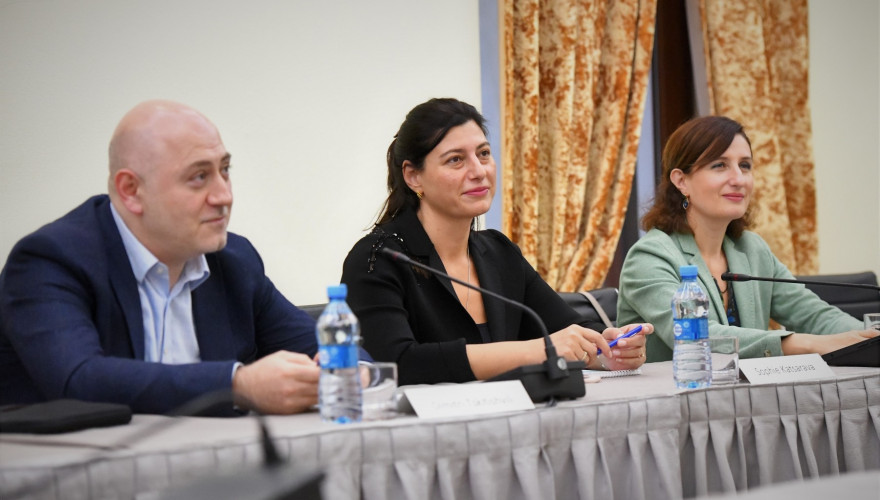 Tbilisi. September 10 (Prime-News) – Representatives of the CoE’s monitoring committee will arrive in Georgia on September 10-16.

After the meetings the guests will leave for Tskhinvali. After that they will visit Sokhumi. Representatives of the CoE’s monitoring committee will presumably meet the de facto government of Sokhumi.

The guests will leave for Gali to meet Ivo Petrov, Deputy special representative of the UN Secretary General.

They also intend to meet officials of Zugdidi and IDPs.

Tbilisi. September 08 (Prime-News) – Nika Janjghava, Commander of Georgian National Guards, will leave for Telavi on Sunday, where he will attend military exercises of Telavi reservist battalion.

The military trainings will be held in so-called “Sasroleti” located in Shakriani.

Demonstration military trainings will be launched at 11:00 and Davit Kezerashvili, Minister of Defense of Georgia, is expected to attend the training.

According to the information of the Ministry of Foreign Affairs of the Russian Federation, the issue related to the settlement of Georgian-Abkhazian conflict and difficulties that hamper the restoration of negotiations were discussed at the meeting.

President Of Rumania To Visit Georgia

Prime-News was told at the Administration of State Chancellery that according to the preliminary information Traian Basescu would hold meetings with Mikheil Saakashvili, President of Georgia, Nino Burjanadze, Chairwoman of the Parliament of Georgia, and other officials within the framework of his visit.

Georgian-Rumanian business forum will be held within the framework of the visit of the Rumanian president to Georgia.

Uruzmag Karkusov To Start Working At New Position On Tuesday

Tbilisi. September 10 (Prime-News) – Uruzmag Karkusov will start working at the new position of the Deputy Minister of Economic Development of Georgia on Tuesday.

Prime-News was told at the Ministry of Economic Development of Georgia that Karkusov would be in charge of development of regional projects.

Karkusov will coordinate implementation of economic projects on the territory of South Ossetia.

Uruzmag Karkusov was the Prime Minister of the temporary administration of South Ossetia.