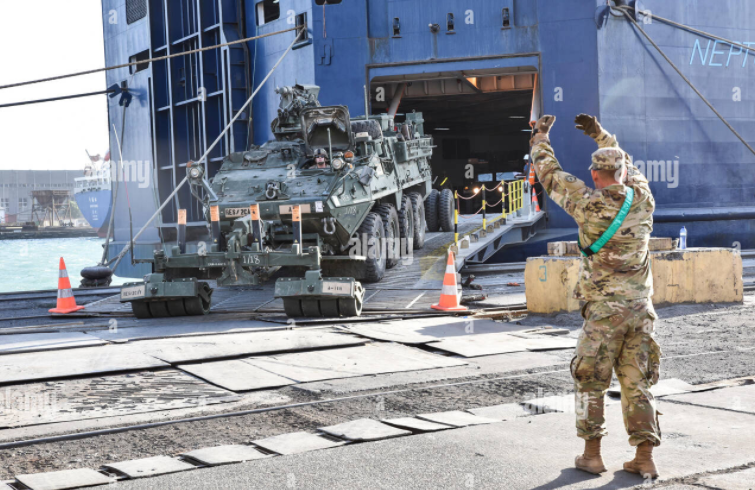 In the framework of a friendly visit it is scheduled to hold tactical trainings on the American warship, Prime-News was told by the representatives of the Ministry of Defense of Georgia.

The ship will sail away from the territorial waters of Georgia on April 10th.

Turkish military vessel TURGUTREIS (F-241) entered the territorial waters of Georgia in the framework of tactical training program a day before.

The Georgian delegation is to take part in the spring session of the Parliamentary Assembly of the Council of Europe on April 10-13, dedicated to the draft resolution on IDPs and refugees in Armenia, Azerbaijan and Georgia.

The draft resolution says that condition of the refugees and IDPs in the South Caucasus hinders development of the above-mentioned states, Elene Tevdoradze, Chairwoman of the Human rights Committee of Parliament of Georgia told Prime-News.

According to the draft, the humanitarian needs in the region must be added with the international resources to guarantee future of refugees and IDPs of the South Caucasian countries.

It also highlights positives changes on these countries, saying that all three courtiers are succeeding with regard to local integration of IDPs that would enable those people to maintain their dignity and get prepared for the future.

The draft resolution also welcomes affords of the government of Georgia to settle the territorial conflicts and expresses readiness of the Parliamentary Assembly to support it.

As Prime-News was told by the representatives of the State Chancellery of Georgia, on the first day of the visit Mikheil Saakashvili will attend a special ceremony in the Beijing State Residence. On April 11th Mikheil Saakashvili is to tour the Great Wall of China and the Forbidden City.

On April 11th Mikheil Saakashvili is to meet Si Biao, President of the China National Machinery and Equipment Import and Export Company. On the same day an official welcome ceremony will be held in the China National Assembly, where joint documents will be signed.

A Georgian-China trade and economic forum will be opened in the Shangri-la hotel in Beijing on April 12th.

Mikheil Saakashvili is to meet the Prime Minister, the Chairman of the National Assembly of China and the Shanghais City Mayor.

The visit by Mikheil Saakashvili to China lasts through April 15th.

The plenary sessions are to be dedicated to the bill on amendments to the Tax Code. Zurab Tqemaladze will also attend the Bureau sessions and express his attitude toward the bill, Prime-News was told by Giorgi Tsagareishvili, member of the Industrialists faction.

According to him, this decision does not equal to rejection of the political boycott imposed by the opposition factions on plenary sessions and the demands forwarded in the memorandum, as the bill of amendments includes many articles that will make industrialists suffer loses and violate their rights and interests.

â€œWe are responsible to our electorate and it does not give us right to be indifferent to violation of rights of thousands of industrialistsâ€, Giorgi Tsagareishvili said.

The opposition factions have been boycotting plenary sessions of the Parliament after the decision of the ruling faction to suspend MP Valeri Gelashvili from the Republican party of his duties.

Vladimer Chkhikvishvili is to appear in the supreme legislative body on Tuesday.

The Georgian PMs want to be presented the documents that served as a basis for prohibition of import of Georgian wines to Russia.

The ban was imposed on Georgian wines on March 27, for alleged low quality.

The Georgian PMs claim that the decision to ban Georgian wines and agricultural products had nothing in common with the economic considerationsa and was dictated by the present political course of the Russian government.